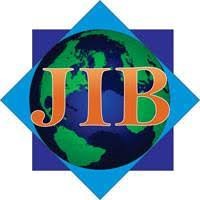 Joshua Olajide Daramola was born in Ayede Ekiti, Ekiti State and had his Primary and Secondary education in the same town. He started his working career with public service in the Department of Post and Telecommunications; and worked up to ten years with the department. After a short spell in the civil service, he crossed to the private sector and joined Guinea Insurance Company Limited, Lagos.

He worked for about twenty-two years and rose to the position of Manager General underwriting before leaving the organization. He went to several courses ranging from technical, surveys and management and re-insurance. He has also worked in broking outfit for about five years; he is now in his private business with vast experience, he is in a position to go along with the company and advice in various Insurance technical matters.

Idris Odekunle obtained LLM as well as a Postgraduate Diploma in Maritime Law (Merit) from the prestigious University of London in 2012. He had earlier on in 2004 obtained LLM(B+) from Obafemi Awolowo University, Ile-Ife. He was called to the Nigerian Bar in 1998 and graduated with a Second Class Upper Degree in Law in 1996 from University of Lagos, Akoka, Lagos. He was a winner of the University of Lagos “Best Student & University Scholar Award” in 1994/1995 Session. He also obtained a proficiency Certificate in Insurance from the Chartered Institute of Insurance of Nigeria in 1993.

He is an Associate of the Chartered Institute of Arbitrators of the United Kingdom, a Fellow of the Chartered Institute of Taxation of Nigeria and an Associate of the Chartered Institute of Management of Nigeria.He was a Legal Counsel in the Law Firm of G. Elias & Co, No. 6, Broad Street, Lagos from December 1999 - May 2003. He there after worked as a Senior Executive in the Legal Department of Cornerstone Insurance Plc, 136, Lewis Street, Lagos, from July 2003 - May 2004. He was appointed as a Manager by UAC of Nigeria Plc, 1-5, Odunlami Street, Lagos in May 2004 and worked in its Legal Services Department and subsequently, in the Franchise Operations Department of the Company until August 2011, when he set up his Legal Consultancy Services in the name of Acme Solicitors at Suite 15, Jabitha Court, Plot 136, Alake Onile-Ere Crescent, Gbagada Phase 2, Lagos. He was appointed as a Law Lecturer in the Private and Property Law Department of the Law Faculty, University of Lagos in September, 2011.

Oke Daramola is a graduate of West Africa Insurance Institute of Liberia (WAII) a solicitor and advocate of Supreme Court of Nigeria. He is an Associate and Fellow of the Chartered Insurance Institute, UK. He joined Glanvill Enthoven Reinsurance Brokers in 1987. In 1997, he became the General Manager and Chief Executive of Glanvill Enthoven Reinsurance Broker. He was promoted Executive Director in 2008, overseeing and coordinating the Technical department marketing and business development unit as well as branches operations.

We are a awward winning multinational company. We believe in quality and standard worldwide.